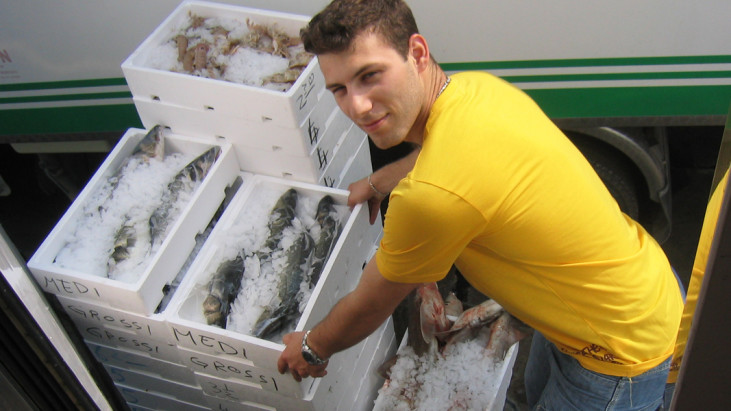 The Loffreda family has been present in the fish market since 1960, when the first Loffreda, Silvano, founded his company, Loffreda Silvano, which would be in the fish market until 1982. Silvano began his retail business at the age of 11, in Piazzetta Granaio. From 1982 till 1984, the company changed its name to Loffreda pesca snc. In 1984, the company was renamed again to its current name, Loffreda Gimmy, after Silvano’s son who started working in fish trading with his father in 1973. From generation to generation, the tradition and passion for this craft has also been passed on to the two children: Andrea (who began working in 1998) and Jonny (joined in 2001). They both started work at the age of 16. Andrea and Jonny are the third generation in the Loffreda family to work at the fish market, ensuring the quality and passion of their work. The Loffreda family has also been working in the retail sector for the last eight years with the Peschiera Loffreda SAS company in Spinea.