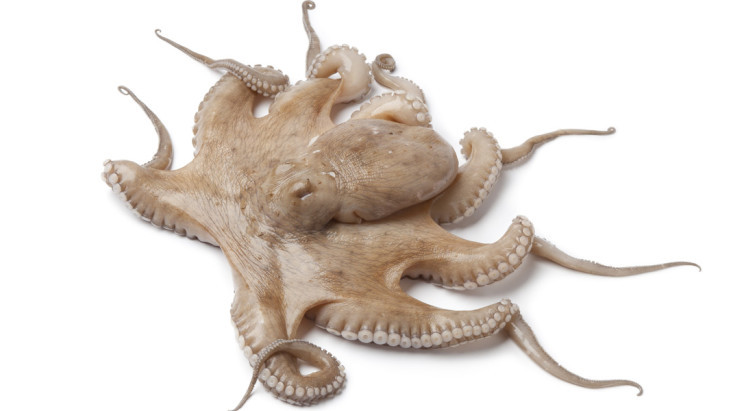 Octopus vulgaris or common octopus
It favours living in rocky and rich subsoil in inlets, where it can hide to escape from predators.
It is also fished in the more temperate areas of the Mediterranean Sea especially from September to December and from May to July. In the first timeframe the fished octopus are smaller in size, while in the second stage generally much larger specimens are captured. During summer it prefers getting closer to the shore, while in winter it rather lives in deeper waters.
It is typically caught mainly with bottom trawls or rather powerful light sources.
It’s a food suitable for those under a strict diet, as its meat is made up of a high percentage of water and low in calorie.