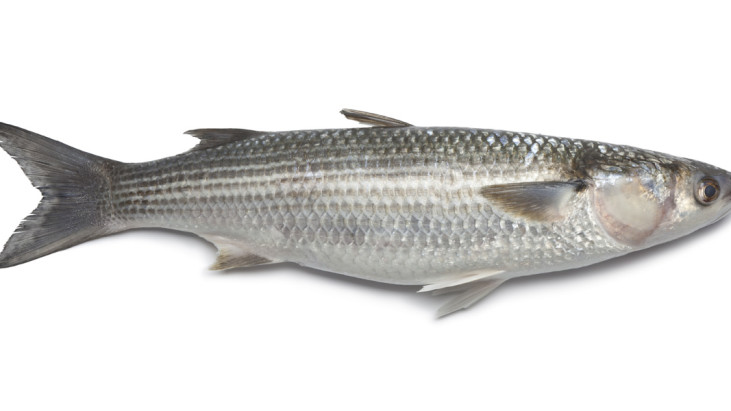 Also known as mullet, it is extremely common in the Mediterranean waters. Being a fish with a reasonable cost, it used to produce botargo, which is also widely used in the kitchen.
Scientific description: Liza Ramada
It lives in several western areas in the Atlantic, for instance, in Nova Scotia, Mexico or Brazil. It has also been found in some areas in eastern Atlantic, from the Mediterranean to the Black Sea.
Of the Catadromous species (that is, it spends its life in fresh water and chooses salty water to breed), it can be easily spotted in river estuaries and freshwater. In sea areas it can stay in rocky parts as well as near the cliffs, sandy shores or close to the dams.
Mullet is a quite cheap fish, its meat is tasty, firm and digestible and it is sold fresh or frozen.