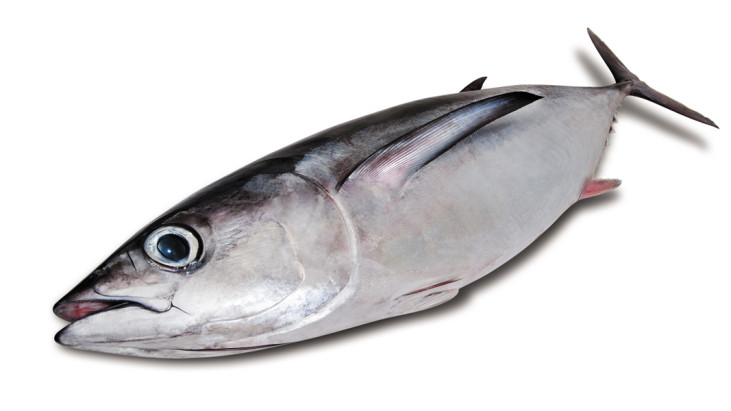 Albacore belongs to the same family as tuna, included in the species of Scombridae. In fact, only the smaller size and length of the pectoral fins differentiate them.
Scientific description: Thunnus Alalunga
In Italy its preferred habitat consists in the warm waters of Sicily and Ionic Calabria, however it can be found throughout the Mediterranean. It loves deep waters and approaches the shore for breeding during summer and autumn.
Albacore is pelagic fish, caught with seiners, called albacore seiners; it can also be fished with trawlers. It can be found all year long, however between July and September you can find the biggest specimens. The specimen has to be at least 40 centimeters long in order to be fished.
Albacore’s meat is pink, rich in blood, with a low fat content.
The high-quality meat of this tuna-like species is sold fresh, frozen, canned or dried.